Lecture Notes: The unit of translation

The unit of translation
Using systematic approaches to examine the unit of translation, the term “Translation Unit” must be identified. The term refers to ‘the linguistic level at which ST is recodified in TL.' (Shuttleworth and Cowie 1997:192). In other words, the element used by the translator when working on the ST. It may be the individual word, group, clause, sentence or even the whole text.
SYSTEMATIC APPROACHES TO THE TRANSLATION UNIT
In first discussing the word as a possible unit of translation, Vinay and Darbelnet (1958/1995) draw on Saussure’s key concepts of the linguistic sign, defined by the signifier and signified:
The famous Swiss linguist Ferdinand de Saussure invented the linguistic term sign that unifies signifier (sound-image or word) and signified (concept). Importantly, Saussure emphasizes that the sign is by nature arbitrary and can only derive meaning from contrast with other signs in the same system (language). Thus, the signifier tree recalls the real-world signified plant with a trunk; it can be contrasted with signifiers such as bush, a different kind of plant. But the selection of tree for this designation is arbitrary and only occurs in the English-language system. 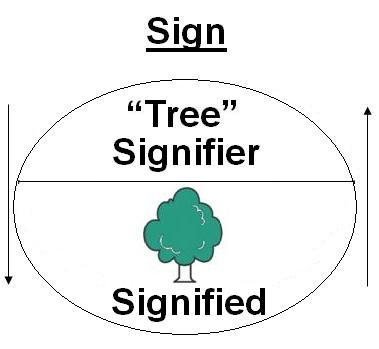 Vinay and Darbelnet reject the word as a unit of translation since translators focus on the semantic field rather than on the formal properties of the individual signifier. For them, the unit is ‘the smallest segment of the utterance whose signs are linked in such a way that they should not be translated individually’ (Vinay and Darbelnet, 1958/1995:21). This is what they call the lexicological unit and the unit of thought.
THE LEXICOLOGICAL UNIT
The lexicological units described by Vinay and Darbelnet contain ‘lexical elements grouped together to form a single element of thought’.
Illustrative examples are going to be provided, to show the non-correspondence at word level between Arabic and English.
‘In fact, even basic vocabulary is coloured by contexts, as ‘pragmaticians’ will tell you so that a simple term like ‘food’ can become غذاء (or أغذية in the UN parlance, cf. Food and Agriculture Organization ( منظمة الأغذية والزراعة or طعام . A voracious eater آكل / طاعم / نهم / شره is one who devours يزدرد / يلتهم large quantities of food (ravenous, gluttonous ?) And the choice of the translated term will depend on the context, which is naturally determined by culture.
Examine the differences between English and Arabic use of the concept of vision:

ينظر فى الأمر ‘to look into the matter’

يتطلع إلى مثل أعلى ‘to look up to an ideal’

يتأمل لوحة فنية ‘to look at a painting’

يبحث عن حل ‘to look for a solution’
(Enani,The Science of Translation)

This reflects what the unit of translation is in these translation equivalents and the illustrative examples.

THE UNIT OF THOUGHT

Using the back-translation as necessary in order to figuer out what units of translation a translator might use when translating a source text as a potential equivalent is absent in most dictionaries. This shows that it is the specific context which determines the translation of a given unit.

A translator needs to consider the whole structure in order to translate an individual word. Thus, the phrase as a whole is a unit of thought and needs to be treated as such in the process of translation. Translation units, therefore,will vary according to the linguistic structure involved.

THE UNIT OF TRANSLATION AS A PRELUDE TO ANALYSIS

Division of ST and TT into the units of translation is of particular importance in Vinay and Darbelnet’s work as a prelude to analysis of changes in translation.As an illustration of how this division works, and how it might illuminate the process of translation, look at the following example.

A poster located by the underground ticket office at Heathrow airport, London:

Travelling from Heathrow?
There are easy to follow instructions on the larger self-service touch screen ticket machines.

A translator approaching this short text will most probably break it down into the title (Travelling from Heathrow?) and the instructions in the second sentence. While that sentence will be taken as a whole, it might also in turn be sub-divided more or less as follows:

Here, the slashes (/) indicate small word groups with a distinct semantic meaning that might be considered separately, while the brackets ([. . .]) enclose larger units that a practised translator is likely to translate as a whole.

The actual Arabic TT on the poster indicates how this operates in real life:

Enani, M.The Science of Translation :(an introduction, with reference to Arabic-English and English-Arabic translation).